A beautiful way to start off November… LOVE. Comments are closed, please visit iaccidentlyatethewholething’s blog to leave a comment. Thanks 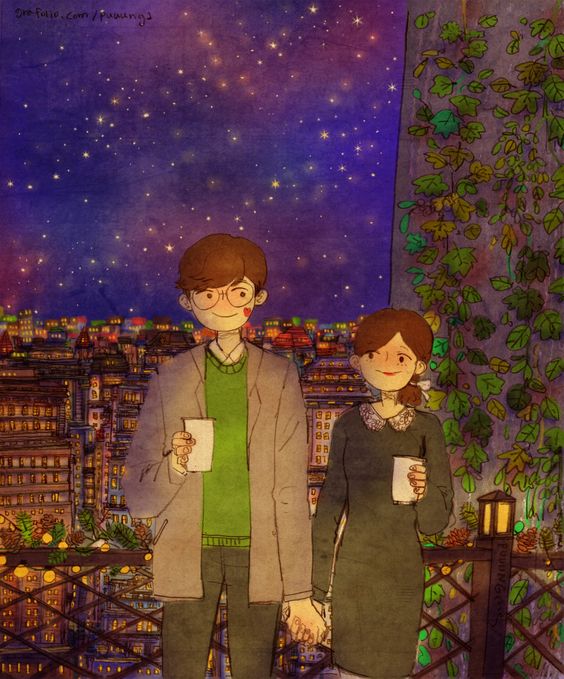 via “Where There Is Love Nothing Is Too Much Trouble And There Is Always Time.” ~Abdu’l-Bahá — iaccidentlyatethewholething

I am going to try once again to catch-up with Calen’s challenge. This one is from way back on July 19th. Yes, that is how far behind I am. The question for this challenge is…

`
What do you hold sacred?

I doubt I could have answered this question back in July or even in August when I was trying to catch-up. My mental state was still too fragile. I had no self-worth, no joy and didn’t find anything sacred. I was so close to cutting and, dare I admit it? Yes, suicidal again. Thankfully, I am doing much better now, even if I am still living in a fog most days from the psych meds.

Some time in early September, the dam began to break for me. I hadn’t been so fired-up about anything in months. I happened to hear one of Trump’s speeches. I was so angry about some of the things he was saying and the way his followers were reacting to him. I hadn’t been political since 2004 and hadn’t planned on voting this year (just as I hadn’t the past two cycles). But I began to realize that the things I hold most sacred in life could be stripped away with a Trump presidency and so I registered to vote.

I realize that it is a shame that it took a narcissistic, misogynistic, bigoted racist to make me snap out of my self-imposed shell, but sometimes a good slap in the face is needed for someone with mental illness. I began to realize that I hold this Republic sacred, along with all of the social progress we’ve made over the last 50+ years. I’ve been a liberal progressive with socialism leanings for most of my adult life. I don’t understand the desire to turn back the clock to before women had the vote, people of color had rights, and the LGBTQ community was still in the closet. I know what Trump and his ilk mean when they say ‘Make America Great Again’. What they really mean is ‘Make America Great Again for wealthy, white male landowners (or CEOs, these days)’. That most people cannot see this is beyond me. I also hold our country’s status as a harbor for immigrants sacred. My own family was German and Irish immigrants. It pains me to hear how immigrants, legal and/or undocumented, are being treated in this year’s election cycle. And last but not least, I believe that Human Life is sacred and all of this racism and hatred this year has unnerved me like never before. I understand now what it must have felt like to live in the past couple of centuries for Native Americans, African Americans, Asian Americans, and Hispanic and Latino Americans, even though I am white and have only known privilege my entire life because of the color of my skin.

So while I now see that what I hold sacred is mostly from my own world-view, I also know that I am not alone in this thinking. Over the course of the last couple of months, I’ve met some great like-minded thinkers who’ve helped me come out of my shell. Most of us now are tired and worn-down by the crazy-making of this year’s election. We know that we have one last sacred duty though – vote. Our minds are set on who we will vote for come November 8th. We are choosing love over hate. And so many of us are now drifting away from the politics and trying to salvage our mental and emotional selves because we know that we too are sacred beings.

The last few months have been riddled with anxiety for me. I made the mistake of following the current political climate here in the US and it has worn me down mentally, emotionally and spiritually. Sorry for the graphics, but I feel like someone has skinned me and poured gasoline on my open wounds. Yes, it has been that bad. I desperately need some love, light, laughter and joy back in my life.

So, beginning tomorrow, for the entire month of November, I will be doing a spiritual reboot, which I am calling Inspired! This may come in the form of a video, cartoon, picture, poem, quote or an inspirational story that I discover somewhere on the web. It is my hopes that what inspires me, may inspire you as well.

I am also going to try to catch up with Calen’s Sandbox Writing Challenge. I am way way way behind, but hopefully if I do one challenge per day, I will eventually catch up.

So, those are my plans for November here on this blog. How about you, dear readers? Do you have any month long plans on your blogs? Anyone doing NaNoWriMo? I’d love to hear about your plans! Drop me a comment.

What I did today: Slept! Yes, I have finally managed to get some sleep. Six hours last night and an additional three this evening. I also finished all of my writing projects for the day, read some emails, and read some posts for challenges. And slept! How’d that happen? *laughs* I also signed up for this: Commun.it so far it has been a great help. And, it snowed today so I got to watch the snow and it even influenced a poem. Good day!

What I learned today: There are some amazing writers here on WordPress, of fiction and poetry, and I wish I could read all of their work every day. If only there were more than 24 hrs in every day!

What I am most proud of today: I finally managed to catch up on a few of my favorite shows. Sounds kind of shallow to be proud of that, but I don’t watch much tv, and the few shows I do watch, I consider them well-created and they do influence my writing.

What did you do today? Learn any lessons? Have a reason to be proud? Share your thoughts with me in the comments!

Erika Kind has nominated me for the One Lovely Blog Award. Thank you, dear heart!

Here are the rules:

Seven Facts About Me:

All of my beautiful readers because you all have Lovely Blogs and I enjoy reading them! Please grab the award badge, tell 7 facts about yourselves, and link back to me here on this page so I can come read your responses.

For this week’s Thursday 13, I thought I would share some strange and unusual facts that I have uncovered. I am obsessed with research and learning new things. I often search the internet for strange, unusual, and bizarre facts. Here are a few:

These strange facts are brought to you by strangefacts.com

Just an FYI, my dear readers. If you see someone named @Ravyne who has tweeted or retweeted on of you blog posts, well…. that is ME!

It’s bad enough that when I read blogs over at Blogger and try to comment that some blogs won’t accept my WordPress ID. I’ve gotten pretty used to that and have worked around it as best I can by having my own Blogger account that redirects people to my WordPress blog. And it’s bad that some of them make you jump through hoops to sign up for their blogs by email (if you even can!) and to comment by checking that “I am not a bot.” But now Blogger has come up with even more hoops!

Now when you click to comment on some blogs, another little box will pop up to get you to chose pictures of things. And the pictures are small and sometimes too obscure to be recognized as what they are asking you to check. I don’t know if this is being set up by individual bloggers or if it is a new feature with Blogger itself. It’s frustrating and time consuming. And it makes me hate Blogger even more than I already do.

WTF Blogger? Do you want people to actually comment on blogs there? Or do you even care?

Way back in 2014, I briefly began this endeavor and then became ill and never worked on it again. I think it is time to reprise this and began again.

What I did today: Today has been a busy day. I completed my writings for my blogs. Read some new and already-following blogs, commented, and did some reblogs. Began gathering idea for some new poems. Read some emails. Cooked dinner. And am now winding down as I’ve been up for 12 hours and the sleep demons are attacking me.

What I learned today: I have way too many emails to read on an average day and am already a week behind.

What I am most proud of today: Normally, I would tackle emails first thing in the morning, but since the beginning of the year, I have made writing the top priority. I think this is something I can be proud about each and every day of this new year.

I’ve been a busy bee the last few days. I have a lot of things going on in the blog’verse these days, so I have to do a lot of planning.

For instance, I’ve been prepping my schedule of Horror stories that I will be writing over at Promptly Written in February. I am 3/4s done and will finish up the last remaining week’s story preps tomorrow.

In April, I will be participating in the A-to-Z Challenge. Last year I completed the challenge okay, but I wasn’t able to read very many other participating blogs, not even during the Road Trip afterwards. It’s time consuming and a lot of the participating blogs are via Blogger. If you’ve never visited many Blogger blogs, you have no idea how aggravating they can be. Here are a few issues I have with them:

I have made it my goal to follow every single participant from the Challenge though. So far, there are over 500 participants (I’ve only added 100 so far) and by April that will probably quadruple. So seriously, Blogger people, there is a chance you will end up in the Bookmarked Folder and it may be later in the year before I get around to reading your Challenge posts, which will also make things difficult because a lot of Blogger blogs don’t list ARCHIVES either!

So, what else have I been up to lately? Trying to catch up with the blogs that I already follow, read their posts, leave comments, and try to reblog as often as possible.

I did say that I wanted 2016 to be a year of Abundance and it is already beginning to be quite an abundant year! Okay, time to get to reading some blogs so that in a few hours I can kick back and watch the last few episodes of the last season of True Blood!