Well, here it is, the end of another year. For the past three years, I have chosen words to focus on in an attempt to expand my spirit and grow. In 2014, I chose Acceptance. In 2015, my choice was Gratitude. I had great success with both of those words. My spirit grew and I overcame a lot of adversary.

For 2016, I chose Abundance. I thought, how can I go wrong with something so beautiful? Well, the Universe has a way of laughing in my face sometimes. Oh, you want abundance? Are you sure? Fine, you asked for it! And boy did I ever get it. I forgot about an important rule – be careful what you ask for, especially if you aren’t specific enough.

The year began okay. I set goals for writing projects and didn’t really foresee problems completing them. But then I took on too many side projects because well, the Universe directed people to me who wanted to push my writing skills into other directions and I accepted this because that’s what I said I would do. Then I allowed myself to get bogged down in other people’s issues, figuring that the Universe had brought these things to me in an abundant way so that I could act as a guide or peace keeper. Boy was I wrong! These people didn’t want my help, they just wanted attention. In the end, I became anxious, panicky, and depressed. The depression grew, abundantly. I became ill over and over again, abundantly. I nearly lost my mind and was hospitalized. What suffered the most? My writing projects, in great abundance. From June until late September, I withdrew from the world. I wanted nothing more to do with Abundance. And even when I made a come-back in October, I’ve still struggled with my health, mental health, and some residual abundant effects.

So what’s my take-away from a year of Abundance? It can be both beautiful and brutal. Sometimes less really is more. I am now perfectly content with as little of everything as possible.

I actually thought about not bothering with a word for this year. I had two great successes and one huge failure. I thought, do I really want to put myself through this again? I finally decided that I would go for it one more year.

So, my word for 2017 is ENGAGE. You are probably wondering why I’ve chosen such a word. Well, for the last couple of years, I’ve had long periods where I have disengaged from the world, cut myself off from people, and not interacted with others like I should. I also support a few important causes which may be under jeopardy in the next four years, and I want to become engaged in those as well. And so, as I move forward into the uncertainty of 2017, it is my desire to engage once more with the outside world, with friends at home and on the internet, to interact with writers and artists, and throw my support behind causes that are important to me. As an introvert, I am pushing myself way out of my comfort zone. May the Universe have mercy on all of us *laughs* 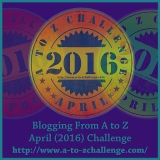 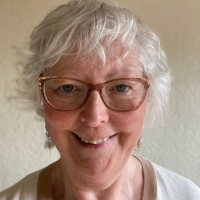 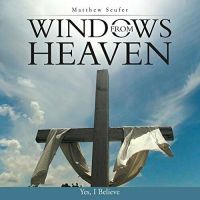